Nationalism is the Stepping Stone Towards World Peace

World peace. It’s an idea that everyone is familiar with, as it’s an ideology that has been in circulation for decades, with an increase in its attraction during the Vietnam war era in the 60s. It permeates all mediums of media; it is advertised in minuet quantities in the news and in movies, but also in television shows, most notably The Simpsons, and in music, particularly with John Lennon’s “Imagine”. It is also much more attractive to the general masses than most other po
54 views 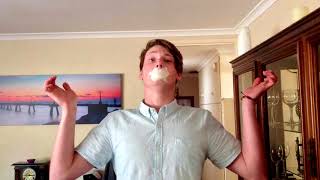 What Does Conservatism Mean To You?

Earlier this week, I sat down with one of my old high school friends, Callan, and asked him a myriad of questions about conservative politics and how the ideology has impacted his life. He mentioned how it helped him escape the nihilistic frame of mind that he says permeates the minds of people who hold liberal views of the world. He mentioned how during his journey from nihilism to conservatism, he noticed that political discourse and free speech is in a bad place right now,
48 views

I'm a man of many interests. Because of this, the articles on this website will vary from opinion pieces, political posts and cultural articles, all of which will frequently relate to current events. In the future, I aspire to be a full-time columnist and a well-known author. Writing is a family pastime. I am also currently open to taking writing-related job opportunities. In the meantime, I'll be using this website to train and perfect my writing abilities in many styles. This site acts as a portfolio.

Blood is Thicker Than Gold

An Uninvited Stranger - A Poem

In Defence of Two Minutes of Hate

Spectatorship of the Proletariat

A Novice's Experiences With Self-Improvement

Connecting Reincarnation to Dreaming and Idealism

Is It Time to Sell Our TVs?

White-positivity in the Guilt Era

Year of the Shanty